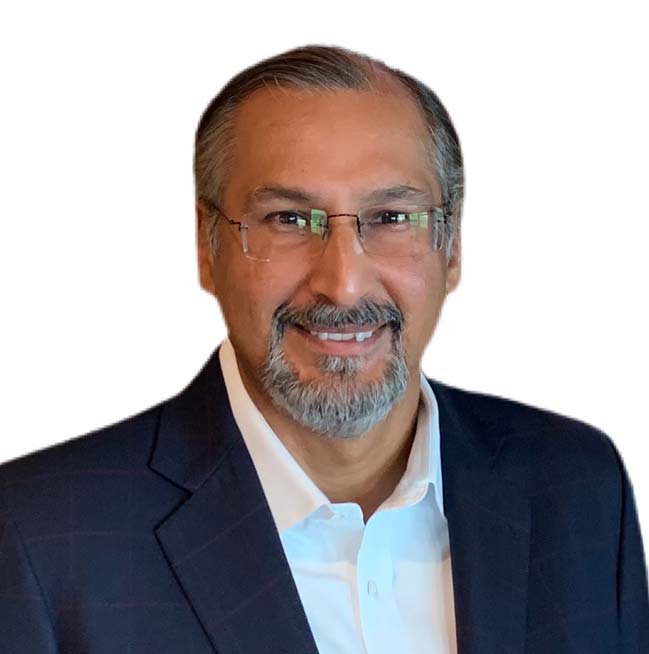 Sanjay Swani is the Chief Investment Strategist and Head of Technology Investing at GrowthCurve Capital. He has worked as a private equity investor for most of his career, with a focus on investments in the technology and business services sectors. Sanjay was also a Partner with Tailwind Capital, and a member of its Management Committee from 2020 to 2021. Prior to Tailwind, Sanjay spent 17 years at Welsh, Carson, Anderson & Stowe, where he was Co-Head of the Information & Business Services group and also a member of the Firm’s Management Committee. In 2018, Sanjay co-founded Saroras Private Capital, which invested in small high growth companies. Prior to starting his private equity career, Sanjay worked at Morgan Stanley & Co in the mergers & acquisitions and debt capital markets groups.

Sanjay received an AB in molecular biology from Princeton University and then received graduate degrees from Harvard Law School and the MIT Sloan School of Management.

Sanjay has been involved in a number of civic, educational, and charitable activities. He currently Co-Chairs the Board of Directors for the Partnership Fund for New York City. He also chairs the Advisory Council for the Princeton Institute of International and Regional Studies (“PIIRS”) and is a member of the Advisory Council for the Chadha Center for Global India and the President’s Advisory Council at Princeton University. Sanjay has previously served on the Board of Trustees for The Browning School, The Bolles School, the American Red Cross in the Greater New York Region, Everybody Wins!, and the Madison Square Boys & Girls Club.