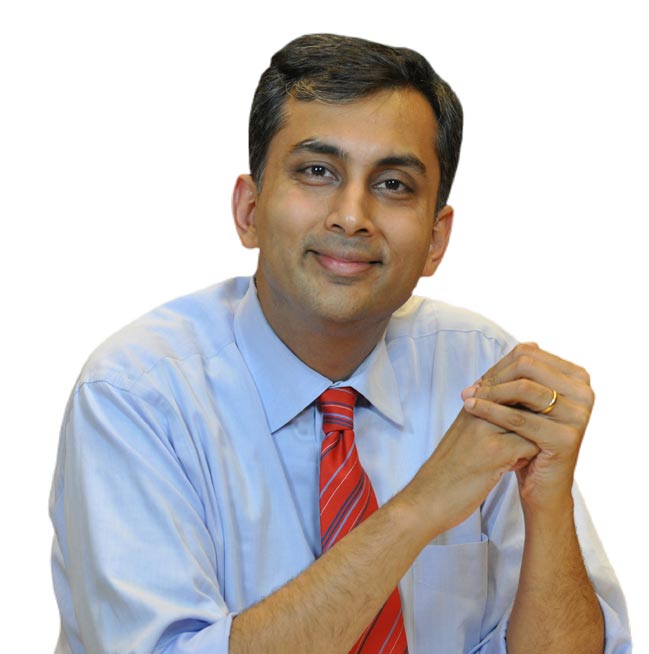 Mihir A. Desai is the Mizuho Financial Group Professor of Finance at Harvard Business School and Professor of Law at Harvard Law School. Professor Desai is a leading scholar in the fields of corporate finance, corporate governance and taxation. His numerous academic publications have been frequently cited in the popular press and have served as the foundation to his testimonies to the Senate Finance Committee and House Ways and Means Committee. He is a Research Associate in the National Bureau of Economic Research's Public Economics and Corporate Finance Programs and served as the co-director of the NBER's India program.

His books include the Wisdom of Finance: Discovering Humanity in the World of Risk and Return (longlisted for the 2017 FT/McKinsey Best Business Book of the Year) and How Finance Works: The HBR Guide to Thinking Smart about the Numbers.

He received his Ph.D. in political economy from Harvard University; his MBA as a Baker Scholar from Harvard Business School, and a bachelor's degree in history and economics from Brown University. In 1994, he was a Fulbright Scholar to India.

Professor Desai has taught extensively as an award-winning teacher at HBS and at Harvard University. At HBS, he built a second-year elective on International Financial Management and pioneered the offering of the first course for Harvard undergraduates on entrepreneurship at HBS. At HLS, he has taught Tax Law and Tax Policy. Most recently, Professor Desai has been active in delivering various executive education programs at HBS, including the General Managers Program (GMP), on campus and around the world. Professor Desai has also created an online finance course through the HBS Online platform titled Leading with Finance and is co-host of the After Hours podcast on the HBR network.

His professional experiences include working at CS First Boston, McKinsey & Co., and advising a number of firms and governmental organizations. He previously served as Chair of the Doctoral Programs at HBS and as Senior Associate Dean for Planning and University Affairs at HBS.